The following article emphasizes the importance of the Mediterranean diet and it’s many health benefits!  Dandelion greens anyone?

What is the Mediterranean Diet?

The Mediterranean Diet is high in vegetables, fruit, legumes and grains, but also contains moderate amounts of white meat and fish.

It is sparse in red meat, with most fat being unsaturated and coming from olive oil and nuts. The addition of small-to-moderate amounts of (red) wine has been shown to enhance the healthy mix.

In combination with moderate exercise and not smoking, the Mediterranean Diet offers a scientifically researched, affordable, balanced, and health-promoting lifestyle choice.

The ‘ideal’ (in terms of health-giving effects) Mediterranean Diet has, in relation to a typical Western diet:

What are the measured benefits of the Mediterranean Diet?

Once scientists had quantified the Mediterranean Diet, they were able to compare the risks of developing heart and other diseases in populations that did and didn’t adopt the diet. In these studies, assessments of dietary compliance were usually made by scoring the relative quantities of food substances consumed by those taking part, against the amounts listed in the ‘ideal template.

We can carry out a similar comparison of our own diet with the ‘ideal’ Mediterranean Diet, if we wish to find out how to add more of a healthy Mediterranean style to what we eat.

So, what health benefits did the scientists find when they studied those who had closely followed the Mediterranean Diet?

Researchers, who conducted a detailed review and re-analysis of the scientific evidence to date (called a meta-analysis), published in the British Medical Journal, concluded, “These results seem to be clinically relevant for public health, in particular for encouraging a Mediterranean-like dietary pattern for primary prevention of major chronic diseases”. 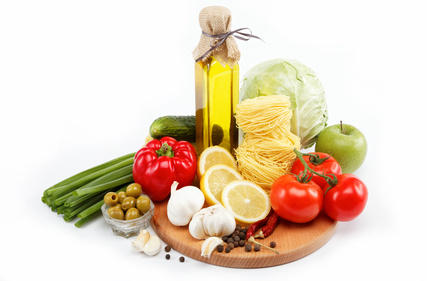